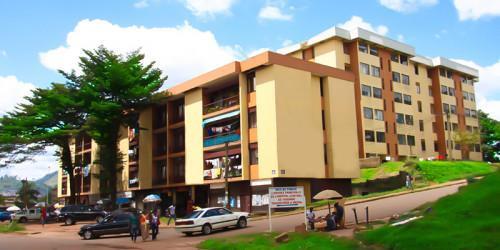 (Business in Cameroon) - The Cameroon Real Estate Corporation (SIC) has already recorded a XAF60 billion revenue shortfall because of the current rent policy, according to Ahmadou Sardaouna, director-general of the state-owned corporation.  In an interview with the government daily Cameroon Tribune, the executive revealed that the houses rented by SIC at XAF50,000 monthly have the same standing as those rented by private owners at XAF200,000. He added that because of the high revenue shortfall, SIC initiated discussions with the state to raise the rents to at least 50% of the value collected by private owners.

Let’s note that CTR, the technical commission for the rehabilitation of state-owned corporation, has already mentioned that the low rents collected by SIC is one of the factors that affect its development. The commission even suggested that those rents should be increased.  "The actualization of current rent prices, which are still the same since 1994, to a level that will ensure the availability of social houses and SIC’s profitability seems to be the long-term solution to fund its development," CTR wrote.

From social houses to high-standing houses

Officially, on December 31, 2019, SIC had a housing stock consisting of 5,329 units, including four units under hire purchase contracts, 4,598 units normally rented and 257 units assigned to the Ministry of Lands and Property Affairs, 427 units for the Ministry of Defense, 28 units for its own use and 15 damaged units. This housing stock was down by 26 units compared with the 2018 stock, we learned.

In its report on public companies' 2019 performance, CTR pointed out that SIC generated a turnover of  XAF3.7 billion in 2019 by managing that housing stock, compared to a little over XAF3 billion a year earlier. Its net profit for the 2019 financial year was a little over XAF701 million, against over XAF4 billion and 3.6 billion deficits, in 2018 and 2017 respectively.

Established in 1952 to promote social housing in Cameroon, SIC has been able to build only 11,000 homes to date while the current housing deficit is estimated at about 2.5 million houses. Half of the 11,000 houses it built are still in its housing stock while the other half has been sold to individuals under hire purchase contracts.  Currently, its shareholders include the state of Cameroon (86%),  debt collection agency SRC (5%), the urban community of Douala (5%), and private investors (4%). Some years back, in pursuit of profitability, which has become the only means of survival after the government reduced its subsidies and signed a performance contract with the company, SIC reduced its investments in social houses and increased investments in high-standing homes.