In Cameroon, the informal sector weighs as much in GDP as in South Africa and Mauritius, but less than in Nigeria 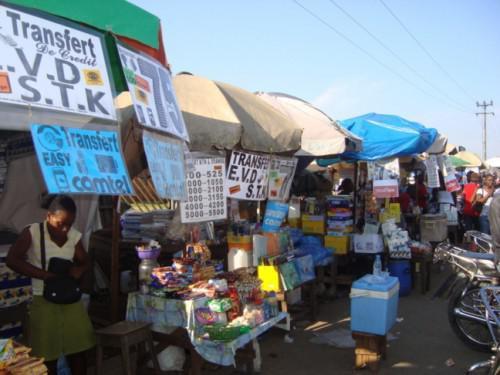 (Business in Cameroon) - The Cameroonian informal sector, which officially occupies 90% of the active population in the country, is as productive as that of countries with a much higher economic level in Africa. Indeed, according to an IMF report, the informal sector in Cameroon contributes 20 to 30% in the creation of the country's GDP, alongside South Africa and Mauritius.

Unlike Cameroon, the two above-mentioned countries have the distinction of being the biggest economy in Africa, in the case of South Africa; and dominating practically all the African rankings regarding good governance, business environment, ease of investment, development of the digital economy, etc.

Among the factors preventing the development of the informal sector in Africa, the IMF lists unduly high tax and social charges, the small size of the market and the feeble volume of economic activity, an inefficient judiciary, excessive bureaucracy, the difficulties accessing financing to develop economic activities, weaknesses in governance, etc.

As a reminder, according to a study published in November 2011 by the National Institute of Statistics (Institut National de la Statistique - INS), more than 2.5 million production units of informal sector can be counted on Cameroonian territory, of which close to half (49.5%) in rural areas and 33.3% in the cities of Yaoundé and Douala, the country's two capitals. At the same time, the same study highlights, the structure of these production units by sector of activity reveals that 34.1% among them operate in industry, 33.6% in commerce and 32.2% in services.