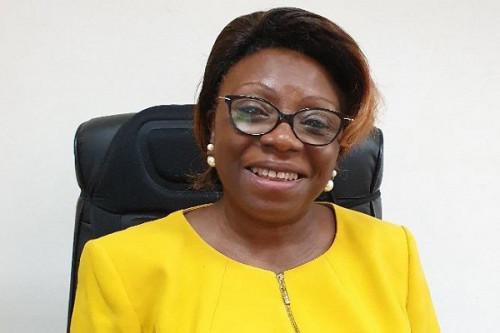 (Business in Cameroon) - On May 12, 2020, in Douala, Madeleine Koum née Ebenye Ewele, was officially introduced to SCB Cameroon’s clients as the Deputy General Manager of this local subsidiary of the Moroccan banking group Attijariwafa.

She was chosen by the directors of SCB Cameroon during the board meeting of May 8, 2020. However, this choice was still subjected to the approval of the regional banking regulator and the national monetary authority.

Before her appointment, Madeleine Koum was based in Yaoundé, where she was heading the private banking segment of this credit institution. A graduate in business administration from the University Jean Moulin de Lyon III in France and the Technical Institute of Banking (1982), she spent her entire career at the bank where she will now assist the CEO.

She joined the bank in 1985 and stayed amid all the internal changes at Société Camerounaise de Banque (SCB), a public entity which, after the 1990 crisis, was consecutively sold to Crédit Lyonnais (SCB-CL), Crédit Agricole (SCB-CA) and finally to the Moroccan Attijariwafa (SCB Cameroon).

"I have spent my whole life in this bank which has given me everything. Today I have the opportunity to give it back what I have received," she told clients on May 12, 2020, in Douala.