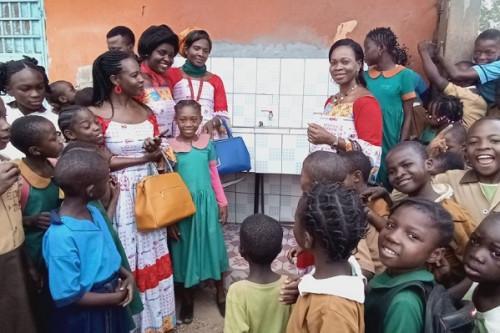 (Business in Cameroon) - In the wake of International Women’s Day, women employees of Camrail, subsidiary of Bolloré group, made several donations to a school in Yaoundé on March 16.

The women were at the Djoungolo-Essos public primary school where they donated four computers and water access points, renovated toilets, and replaced the ceilings in two classrooms, official sources indicate.

Let’s note that during the whole Women’s week, in Douala and Kribi, the women employees of the other Cameroonian subsidiaries of Bolloré group (BTL, SEPBC, and KCT) had organized solidarity activities in favor of vulnerable population groups.