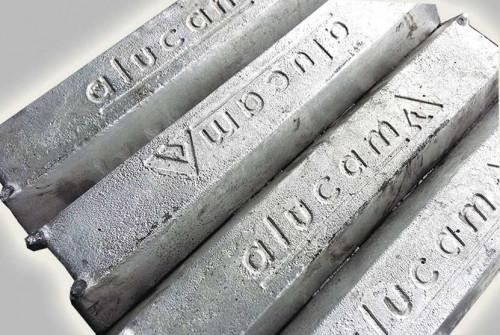 (Business in Cameroon) - Cameroon exported 14,925 tons of aluminium in H1-2021, according to figures published by the national institute of statistics INS. Compared with the 22,869 tons it exported over the same period in 2020, this represents a 34.7% decline year-on-year.

The decline is due to the woes of ALUCAM, the only steel producer in the CEMAC region. While economic activities are gradually getting on track in Cameroon following the decline of the coronavirus pandemic’s impacts on the local and international fabric, ALUCAM’s operations are waning.

The production decline recorded by the aluminium giant was more pronounced in H1-2021 than in H1-2020 when the coronavirus pandemic was raging at full force with unprecedented deregulation of foreign trades and important impacts on companies’ operations.

Such a drop in its operations could be explained by the significant increase in the prices of alumina, the main raw material used by ALUCAM [according to dedicated platforms, as of July 12, 2021, the price of alumina was up by 52.5% year-on-year], and the cash flow problems the state firm has been experiencing for years now. In July 2021, in a bid to achieve financial equilibrium, the firm announced an 8% increase in its selling prices. However, just days to the effectiveness of that projected price increase, it was forced to backpedal on the decision due to the pressures of the government (its shareholder), which is steadfast on its decision to combat price increase in some industries (construction materials and basic food products notably) affected by the steep rise in international prices and freight costs.

Overall, the country generated XAF16.6 billion of exports earning from aluminium in H1-2021. This is down by XAF9 billion compared with the XAF25.7 billion it generated during the same period a year earlier. During the period under review, the export earnings generated by aluminium were only 2% of the country’s overall export revenues, making aluminium the 11th export product (along with cocoa butter) that provided the most revenues to the country that period.