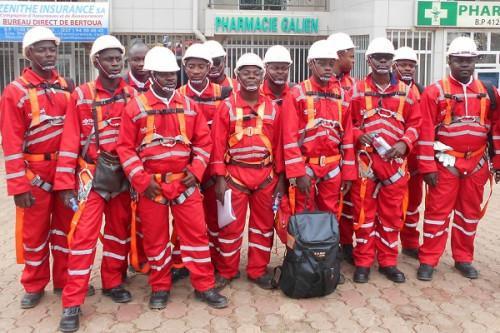 (Business in Cameroon) - On March 23, Nexttel unilaterally changed the method of calculation of its employees’ salaries. According to a note signed that day by Ahmadou Malika, Head of Human Ressources,  employees’ salaries will now be calculated based on their performance.

He indicates that based on a performance-based approach instaurated by the executive board on March 20, base pay will now be constituted of variable and fixed components. The amount of the fixed component will be equal to half of the former base pay and the variable will fluctuate depending on the employee’s performance during the month concerned.

“If the performance target is reached, the employee will receive the full salary. In case that target is exceeded, the employee will receive an extra, proportional to the result achieved. In the event the employee does not meet the target, the salary will be proportional to the achievement,” Ahmadou Malika explains. "Failure to achieve these targets over a consecutive period of 6 months is tantamount to professional incompetence and may justify dismissal,” he adds.

The staff, seeing this new calculation method as a disguised wage cut, were angered by the note. "While the world in general and Cameroon, in particular, is going through a major health crisis, Baba Ahmadou Danpullo [Head of the executive board] and his children who head Nexttel have decided to unilaterally cut the salary of all the staff by 50%," said an employee on condition of anonymity.

"We have exhausted all appeals, but the labor inspection seems to be powerless here…,” the same source added.

The staff is all the more powerless because, in violation of legal provisions, there are no staff representatives in the company. "We haven't had a staff representative for 7 years. The most irritating thing is that the government seems to be overlooking that fact,” another executive explained. He also revealed that about 1,000 young Cameroonians will be affected by this decision adding that “a big rebellion” was brewing at Nexttel.

The general management, however, estimates that the new salary calculation approach will boost employees’ productivity.