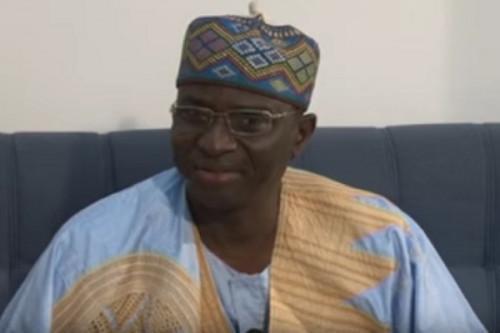 (Business in Cameroon) - On May 27, the CEO of Nexttel reacted to the strike notice published on May 22 by the union Syntic.

"Dear employees of Viettel Cameroun SA (Nexttel), I would like to through this letter inform you of what has been going on in our company for some time because of the actions of a handful of employees claiming to belong to a particular trade union," wrote Haman Oumar (photo), the CEO of Viettel Cameroun.

"I would like to take this opportunity to remind you that Viettel Cameroon is a private company under Cameroonian law. It certainly has its obligations and rights towards its employees, but with respect and dignity. For those who have been in the company since its inception, they know full well what the top management has done to ensure that it has adequate human resources, compared to the two other competing companies, older and richer than us because they were established fifteen years before our existence. I think you are also aware that since then, our company has been trying to make its mark despite the unfair competition skillfully maintained by the operators present on the market,” he continued.

"When you have problems, the only thing the union can do for you if it has the means is to look for a lawyer for you, and in the meantime, you would have lost your job, with all the social consequences that would ensue," he warns.

He also urged all of Nexttel employees who still believe in the company to focus on only one thing which is improving its performance.

In its strike notice, the Syntic denounced "successive violations” of the labour code and unilateral wage deductions.

The Syntic indicated that, after some employees’ actions led the Minister of Labour to suspend Nexttel management’s decision to revise the calculation of its staff salary, the company decided to fire the employees involved.

The union then calls for the immediate opening of tripartite dialogue State/employer/worker, the annulment of all decisions of the top management, outside the regulatory texts, in force since March 20, 2020, and the resumption of business within Viettel Cameroon. It also asked Nexttel to restore the employee delegates.

"In case the conditions (...) are not met by the general management of Viettel Cameroon SA, workers with the support of the union will go on an indefinite strike until they are satisfied," Syntic warned.