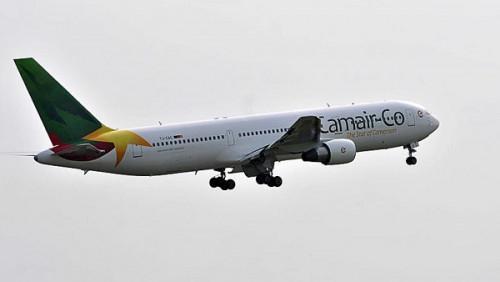 (Business in Cameroon) - In the aftermath of the appointment of a new top management of state airline Camair-co on May 27, the public treasury granted an amount of XAF500 million to support the implementation of development activity within the near-bankrupt company. According to sources at the finance ministry, Camair-co previously received the same amount on May 22 and a little more is expected for May 31 at the latest.

This overall disbursement worth just over XAF1.5 billion was approved on May 22 by the Minister of Finance, Louis Paul Motazé, following an instruction from the Secretary General of the Presidency of the Republic, Ferdinand Ngoh Ngoh, ordering the urgent payment of a debt of XFA677 million claimed from Camair Co by Ethiopian Airlines. The latter ensures the maintenance of certain aircrafts of the Cameroonian airline.

Furthermore, part of the disbursement will be used to rent two aircrafts (a Boeing 737-500 and a Embaer), train two crews on the Q400 module (Camair-co already operates a Q400 Bombardier and aims to acquire a second one) and settle the fuel debts claimed by the oil operator Tradex and the airline Walya, from which Camair Co rented an aircraft throughout March 2019.

Overall, the government is planning to inject a total of XAF6 billion to support the recovery of the public airline. In that regard, it has already set a three-way fund mobilization strategy, according to our sources.

It first planned to explore the option of borrowing from a pan-African bank operating in Cameroon which showed interest in supporting the company. It is also considering the possibility of mobilizing the XAF6 billion requested on the Beac securities market, through the issuance of 52-week treasury bills. Finally, the government considers the possibility of using the surplus of offers that investors could make on the XAF150 billion loan, which has been mobilized on this same market since 15 May 2019 through three issues of  fungible treasury bonds (OTAs) with maturities of 3, 4 and 5 years.

As a reminder, after a rather satisfactory year 2018, the Cameroonian public airline has been facing a difficult time since January 2019, with nearly all aircrafts grounded (five aircrafts out of six). This situation really affects operations on domestic flights and led to the shutdown of services to other African destinations. The consequence is a drop in turnover, added to the failure to pay February and March salaries to staff.

The financial support by the government appeased the company’s employees who had recently threatened to strike. Let’s note that the newly appointed MD Louis Georges Nipendji Kouotou is entrusted with the mission of lifting the company from bankruptcy.