Cameroon: 2nd Radisson Blu hotel to be built in Yaoundé 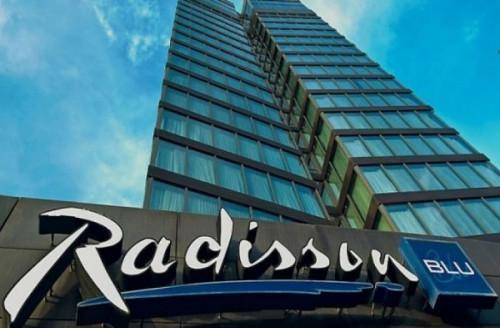 (Business in Cameroon) - A Radisson Blu hotel will soon be built in Yaoundé after the one in Douala. In that regard, on September 10, 2019, a partnership agreement was signed by Henri Eyebe Ayissi, minister of land affairs, Elfallahi Rahima Dina, Belgian group IIDG/Hôtel Group’s director for Africa, and Franck Marie Ronald Smolders, administrator of IIDG and co-manager of “Hôtels et résidences du Cameroun Sarl.”

According to Henri Eyebe Ayissi, the said project is a luxurious futuristic hotel complex of 25 storeys, and 7-storey Yacht-shaped annexe. The annexe will host a 5-star hotel with at least 300 rooms, swimming pools, and various sports and entertainment equipment.

International-standard restaurants and shops will also be hosted by the hotel. This €120 million investment will be completed in 24-30 months after the lands are provided.

In the framework of the agreement signed on September 10, 2019, Cameroon leased a 2-hectare land to the group for 30 years.

In Douala, the first hotel built by the American group Radisson Blu in Cameroon will launch operations in Q1, 2019.  This hotel project, a result of a public-private partnership between Sky Towers Hospitality and Caisse nationale de prévoyance sociale (CNPS), will cost XAF25 billion.

Through this, CNPS’ building in Douala-Bonajo will be renovated and converted into a 5-star hotel with 180 rooms.