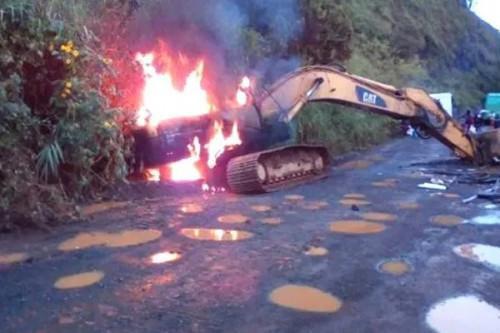 (Business in Cameroon) - In its June 22, 2021, issue, the Cameroonian government daily Cameroon Tribune published an interview with Minister of Public Works Emmanuel Nganou Djoumessi who spoke about the Babadjou-Matazem (17 km) and Babadjou-Bamenda (51.97 km) road sections. In the interview, the official explained that after it decided to abandon the construction of those road sections that connect the West to the Northwest, Sogea-Satom served a XAF4.5 billion claim notice on the government.

According to the company, this claim represents the losses it sustained when separatist fighters attacked its equipment on the construction sites. However, the Minister explained, after reviewing the claims, a XAF1.5 billion compensation was offered to the company, which is still contesting it up to now.

Sogea-Satom, which was selected to renovate the above-mentioned road sections, abandoned the works due to the insecurity caused by separatists fighters who even destroyed part of its equipment. Since then, it has been difficult to travel from the West to the Northwest through those road sections that connect to the cross-border Bamenda-Enugu corridor.