Switzerland offers Cameroon its expertise in resolving the Anglophone crisis 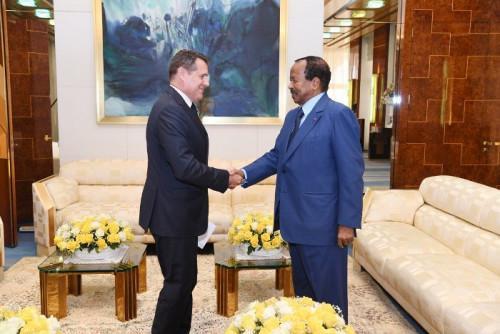 (Business in Cameroon) - Switzerland’s Ambassador to Cameroon, Pietro Lazzeri, was granted an audience April 4 at the Palais de l’Unité by President Paul Biya; a meeting during which both authorities reviewed the sociopolitical situation in Cameroon’s northwest and southwest regions.

“The diplomat submitted an offer that aims to help Cameroon find responses to the crisis,” according to the Presidency of the Republic. Pietro Lazzeri says given his country’s reputation for linguistic and cultural diversity and its international partiality, it is willing to offer Cameroon its expertise. In this wake, the diplomat indicated that contacts previously initiated between the Swiss authorities and the officials of the National Commission for the Promotion of Bilingualism and Multiculturalism in Cameroon will be strengthened.

As a reminder, the Anglophone crisis in Cameroon sparked with simple claims for better conditions of employment by lawyers and teachers but gradually turned into deadly violent separatist claims motivated by armed gangs. Violence caused 21,921 people to flee to neighboring Nigeria, according to the United Nations High Commissioner for Refugees.