After several months of closure due to the fight against Boko Haram, Cameroon reopens borders with Nigeria 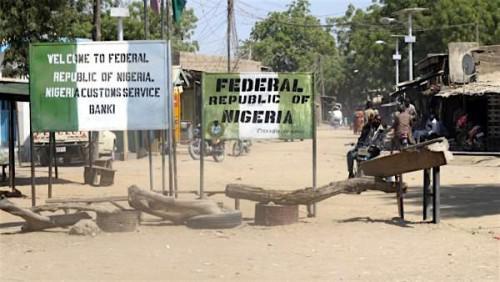 (Business in Cameroon) - The Cameroonian government decided to officially reopen its 1,500-km long border with Nigeria, closed for several months now, due to the deadly raids of Nigerian Islamist sect Boko Haram in Cameroon.

The decision taken by the Cameroonian authorities comes at a time when the activities of Boko Haram, whose members have been hunted down for months by the national army and mixed Multinational Force in Nigeria as well as Cameroon, have slowed down.

This military offensive succeeded in virtually putting an end to the multiple armed attacks previously carried out by the Nigerian sect, thus giving again to the local populations the possibility of resuming their commercial exchanges with Nigeria.

As a reminder, in several towns of the Extreme-North region of Cameroon, the survival of the population is closely related to the trade with Nigeria, which is one of the main exporters of manufactured products to Cameroon.

The customs checkpoints spread along the border with this country therefore represent an important source of public revenue for Cameroon. But for 2 years now, many have been either destroyed, or deserted by customs officers due to the insecurity generated by Boko Haram.