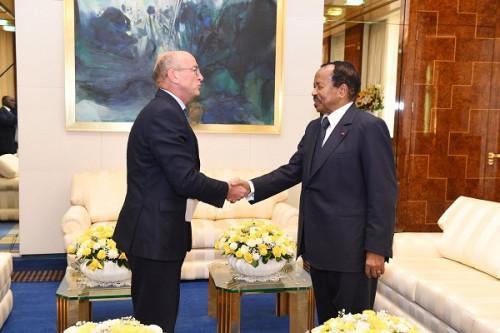 “(Business in Cameroon) - The UK is determined to help Cameroon overcome the challenges it has been facing,” in terms of terrorism and troubles in the northwest and southwest regions. This is, according to the Presidency of the Republic, an outcome of an audience granted April 24 by President Paul Biya to the British High Commissioner to the Republic of Cameroon, Rowan James Laxton.

According to the related statement, the African country has already benefited from UK support to fight against Boko haram and handle refugees. Cameroon welcomed the British government’s peace keeping actions in the face of separatist violence in the southwest and northwest.

According to the British diplomat, his country is also willing to contribute in big development projects in Cameroon. Focus is on key sectors that impact people’s lives (energy, trade, social housing etc.).