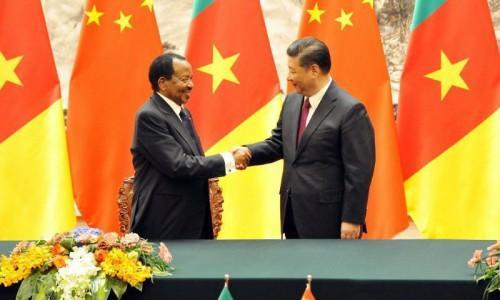 (Business in Cameroon) - Upon the impending China-Africa Cooperation Forum (Focac) to be held in September, the Cameroonian President Paul Biya is seeking CFA1.7 billion ($3 million) from China to address the current unrest in Anglophone regions.

“President Xi Jinping should announce China's support to the emergency humanitarian assistance plan decided by the (Cameroonian) Head of State for people in the North-west and South-West regions who are victims of exactions from terrorists who turned into secessionists,” official sources said.

According to the Presidency of the Republic, the support could be granted as a gift without consideration, including aid equipment. Let’s mention that the fund is part of the 2018-19 Humanitarian Assistance Plan valued at CFA12.7 billion announced June 20 by the Prime Minister Philemon Yang.

The scheme is set to reach the estimated 74,994 Internally Displaced Persons (IDPs), of which 66,262 are in the South-West region and 8,732 in the North-West region. The victims of abuses in host localities and communities are also included, as well as the 21,291 refugees estimated by the Office of the United Nations High Commissioner for Refugees (UNHCR).

Major areas of actions include housing, food and basic necessities, education, protection and reconstitution of individual documents. The government also plans assistance and comfort visits to the refugees in Nigeria.