Cameroonian customs seize over 200,000 drug pills and 7,000 liters of smuggled fuel in Douala 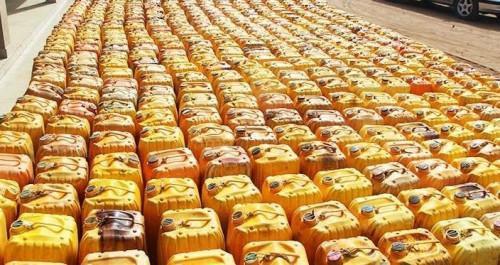 (Business in Cameroon) - Cameroonian customs seized on April 14 in Douala, the country’s economic capital, a truck with a cargo of more than 200,000 pills of Tramol and 7,000 liters of smuggled fuel, authorized sources said.

Cargo probably from Nigeria, Customs say, was first transported to the small locality of Tiko, in Cameroonian southwest region, before being brought to Douala. Smugglers have been arrested according to the country’s law.

Let’s note that Tramol, also called Tramadol, is a painkiller used as a drug by consumers. Consumption has widely spread in recent years especially in schools, putting the life of young people in danger.