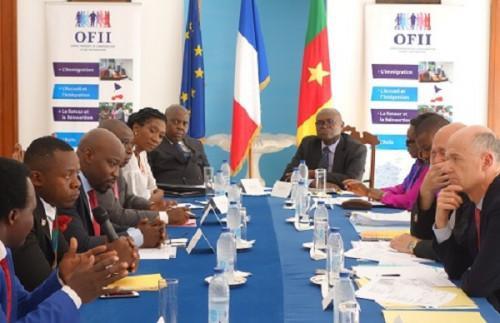 (Business in Cameroon) - From 2010 to date, Cameroon has spent more than XAF570 million to support residents who returned home after a stay in France. Thanks to these supports, 215 jobs have been created.

The figures were provided by the French Immigration and Integration Office (OFII) after a meeting of its Franco-Cameroonian parity committee in Yaoundé, in early October. This meeting was organized to evaluate 8 micro business ideas.

“Initiated in various sectors like agriculture, catering, and trade, the projects evaluated should generate 31 direct jobs. Overall, XAF32 million of subsidies were granted to fund the projects,” the parity committee indicates.

Sice 2012, they have been helping reintegrate Cameroonians who stayed in France with up to  XAF3.7 million in grants for company creation. The projects are selected, by a Franco-Cameroonian parity committee that usually gathers twice a year, based on a feasibility study of the project. Eventually, vocational training is planned.