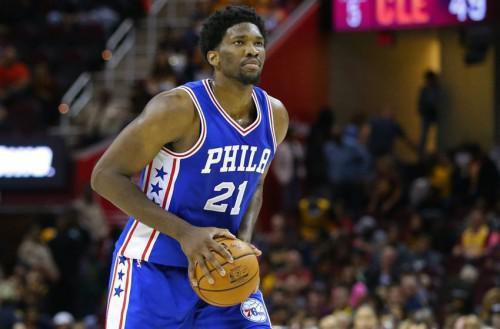 (Business in Cameroon) - On October 10, 2017, the Cameroon’s native Sixers’ basket-ball player, Joël Embiid, spared a thought for his mother, whose birthday was on the same day, his defunct brother Arthur, whose memory forced him to succeed in basketball and his native country while he was signing the extension to his contract.

The Inquirer reported that the 76ers center wants to invest a substantial part of the revenues of his 5 years’ contract ($148 million, around CFA82 billion), in his foundation, which is managed by his parents, in Cameroon.

“Over there, there’s a lot of poverty”, he said to the news website. “A lot of people don’t have a lot of stuff (…) I feel like I need to do a lot of stuff over there”, Joël Embiid stated one day after the extension of his contract.

The Cameroonian native, 23 years old and 2.3 meters, was drafted in 2014. Thanks to the juicy contract, he is granted the maximum salary based on the designated rookie scale, Eurosport highlighted.