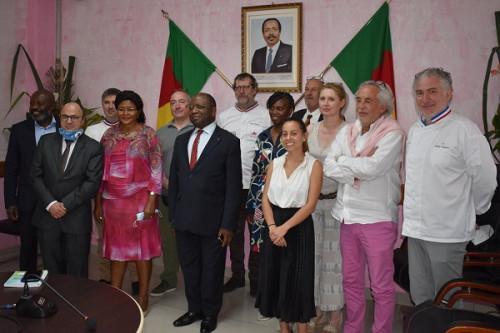 (Business in Cameroon) - On May 27, 2021, in Yaoundé, the Cocoa and Coffee Inter-professional Council (CICC) and the French Chocolate makers’ union signed a framework agreement keeping the price of cocoa produced at excellence centers at XAF1,640 per kilogram.

This is higher than the average price (XAF1,300) paid for the cocoa produced by other farmers. According to Daniel Mercier, chairman of the French chocolate makers’ union,  the XAF1,640 mark was set for excellence cocoa three years ago to support the cooperatives that produce such premium cocoa and because sometimes, the chocolate makers are "ashamed of the [low] prices paid to farmers."

At the end of the signing ceremony, the chairman also announced that starting from the coming cocoa campaign, the said cooperatives can get cheaper loans (1% monthly interest rates) from banks to support their operations.

Excellence cocoa is produced at special processing centers equipped with fermentation, drying, and storage equipment. Also, those centers have a strict quality control process that allows the production of cocoa beans of superior quality.