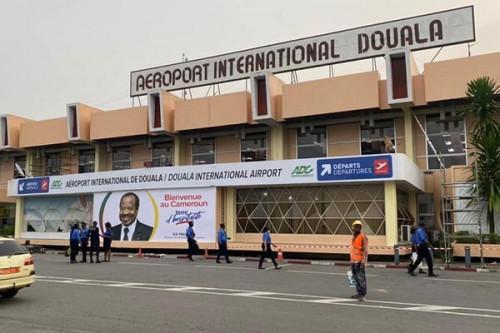 (Business in Cameroon) - The Cameroon Civil Aviation Authority (CCAA) issued a report revealing that the proximity of houses to the airports of Douala and Yaoundé-Nsimalen limits the proper operation of these platforms.

In Douala, the airport normally has two intersecting runways but one is out of service because houses in the areas are too close to it. The consequence is that planes sometimes have to queue up to use the single runway available. This makes the airport less attractive, as planes spend more time there before they can take off or land.

The CCAA report also indicates that the upward trend in house construction around the Nsimalen Airport between 2000 and 2020 raises concerns that by 2050, the runway itself could become a housing site. Such a scenario would considerably reduce the operation of the airport space.

"Forecasts show a significant increase in human activity in the areas in the coming years, which, if not adequately anticipated, would pose a risk to both the operation of the airfields and the surrounding populations," CCAA said, stressing that it would be safe to locate homes outside the airport grounds about at least 15 km away to ensure the long-term safety of the airfields.

The Douala and Yaoundé-Nsimalen airports are the most important in the country, generating the most traffic and revenue. According to the Technical Commission for the Rehabilitation of Public and Para-public Sector Enterprises (CTR), "the contribution of the Douala International Airport to the turnover [of Aéroports du Cameroun in 2020] was 63% (CFA11.197 billion). That of Yaoundé-Nsimalen airport was 35% (CFA6.273 billion).”