Cameroon plans to increase many taxes and duties in 2020 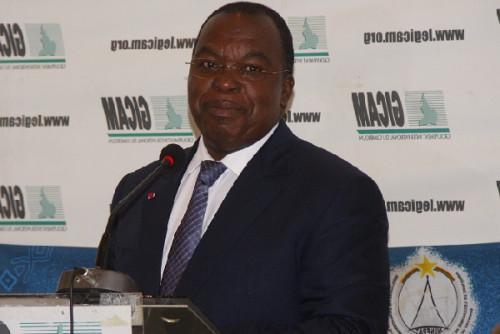 (Business in Cameroon) - On September 27, 2019, in Douala, the Cameroonian minister of finance Louis Paul Motaze (Photo) presented the tax and customs orientations of the 2020 finance act being prepared.

According to the summary made by the GICAM, the minister of finance announced the adaptation of the E-commerce VAT legislation. He also indicated that the 5% excise duty would be applied to the premium bouquet of audiovisual programs broadcasted via satellite. In addition, the act plans on the opening of a special window for disputed taxes and tax arrears as well as an increase in the fixed registration duties, which will, however, be capped at XAF50,000.

The minister of finance, GICAM reveals, announced the instauration of a fixed fine for financial institutions that do not respect the deadlines set for the transfer of taxes and duties. There will also be a fixed fine, up to XAF100 million, for frauds in the declaration and online payment of taxes and duties. In addition, the device against illicit transfers should also be reconstructed. The government also intends to suggest the vote, by the parliament, of a sanction in case a user does not attach the “DF 10” form (tax report) to their felling tax declaration.