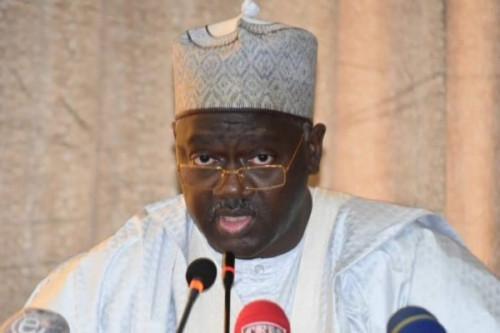 (Business in Cameroon) - Cameroon's Real Estate Company (SIC) says it will soon evict all illegal occupants of its social housing units in Ebolowa. The information is the subject of a statement issued this week by Ahmadou Sardaouna (pictured), Managing Director of the company.

"The Director General of SIC invites all occupants without right or title to urgently contact the local branch of SIC in Ebolowa to constitute a compliance file during the next allocation commission to be held on December 8, 2022, in Ebolowa per the instructions of the Minister of Housing and Urban Development," the statement reads. After this deadline, those whose files are not registered will be considered illegal occupants and eviction proceedings will be initiated against them.

As a reminder, SIC has launched in recent years a campaign to identify and register the tenants of its housing. On the site of Mbanga Bakoko in Douala, for example, it was discovered that half of the occupants do not have a contract with the company.  Some of the former tenants, who have managed to own a house outside of the site, sublet their former social housing to third parties. These fraudulent maneuvers have made the company have successive deficit results in recent years: -CFA4.4 billion in 2016; -CFA3.6 billion in 2017; -CFA4.05 billion in 2018.