Cameroon to disburse XAF1.5 bln to renovate two bridges destroyed by heavy rains in the Far-north 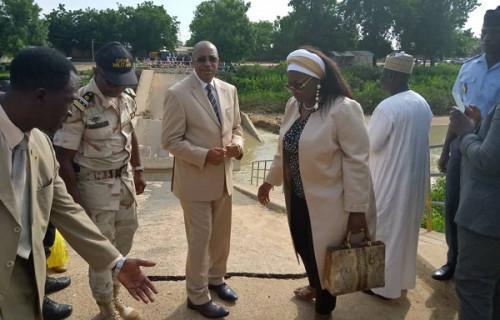 (Business in Cameroon) - Cameroon will disburse XAF1.5 billion to renovate the two bridges that collapsed during the heavy rains in the Far-north. This was announced by the minister of housing and urban development Célestine Ketcha Courtes during her visit in Maroua on August 31, 2019, in the aftermath of this tragedy.

The first bridge, “pont Mizao”, links some Maroua neighbourhoods to downtown areas. According to local sources, during the construction, some people were worried about the materials used.

The second infrastructure, “pont Serawa”, used to ensure the mobility of Tokombéré residents. In that neighbourhood, heavy downpours usually lead to deadly floods.