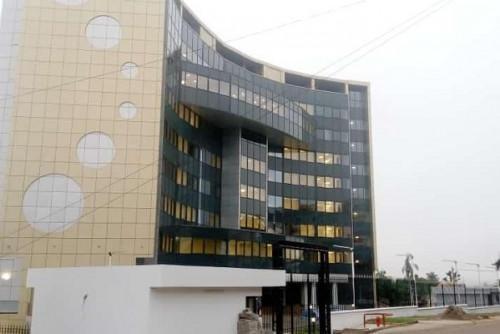 (Business in Cameroon) - Recently, Cameroon posted a positive GDP for 2020, much to everyone’s surprise. Indeed, instead of the 0.8% growth the country posted, everyone was expecting a 2.6% contraction of the country’s economy. Also, the country’s debt-to-GDP ratio which decreased by 3.2% as of December 31, 2020, is now 43.7% instead of the 46.9% previously announced.

This improvement of the country’s macroeconomic indicators was due to a change of the national accounts computing basis used by the National Institute of Statistics (INS).

In its recent update on Cameroon’s public debt, the national sinking fund CAA informs that its new figures were computed using the 2016 base year instead of the 2005 base year.

Fact is, to get national accounts data that better reflect the current environment, the INS changed its calculation base by using the 2016 economic structure instead of the 2005 structure it was using till then to compute national economic data. The rebasing takes into account all the changes that occurred in the country’s economic fabric between 2005 and 2016. It also has refined data on some economic sectors. As a result, Cameroon’s GDP increased in the new reference year.

Specifically, this indicator increased by 3.6%, reaching XAF20,038.6 billion in the new base (2016 base year), compared to XAF19,334.8 billion in the old base (2005 base year). The immediate consequence is an improvement in all economic indicators whose calculations are based on the GDP.

"This rebasing of the economy is in line with international recommendations for the calculation of economic data (...) and the orientations of the second National Statistics Development Strategy (...) The need to update the base year is mainly justified by the structural changes in the economy. Those changes include the variations in product prices, the appearance of new products or new activities, and the growth of some industries with the entrance of new operators. These structural changes need to be integrated into the economic structure first for a better estimation of national wealth, and secondly for a better consideration [of those changes] in all the macroeconomic and budgetary forecasting models…," the INS explained.

Cameroon is not the only African country to have rebased its economy. In 2014, Nigeria officially became the leading African economy ahead of South Africa, thanks to the changes in its national accounting base. With the rebasing of its economy, the West African country saw its GDP rise to $510 billion (in the 2012 base year) to exceed the $384 billion GDP recorded by South Africa (in the 2012 base year).

A similar thing happened in 2019 when Côte d’Ivoire became the richest West African country in terms of GDP per capita (overtaking Nigeria and Ghana) after a change of its base year.