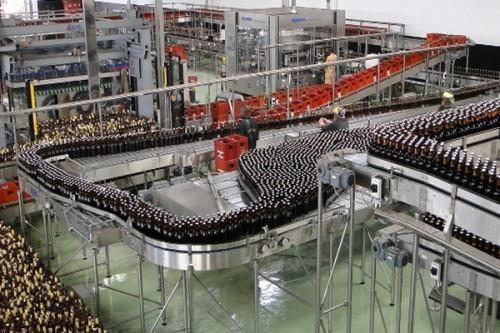 (Business in Cameroon) - The Bank of Central African States Beac forecasts the brewing industry in Cameroon to experience a sharp decline in Q3 2022. In its bulletin, the bank blames the situation on “the surge in the prices of raw materials (corn, malt) and maritime freight (internationally), as a result of the health crisis and the war in Ukraine.”

"The recent government measure (14 April 2022 order of the Minister of Commerce, ed) that added mineral water, beer, and soft drinks to the list of products subject to prior approval (of prices) before being put on sale on the national market, should also impact the brewing sector, resulting in the rigidity of sales prices of beverages," the document indicates.

Despite the gloomy situation projected in the Cameroonian brewing industry, SABC, a subsidiary of the Castel group and leader in the local market, has decided "to support the government by waiving plans to increase prices of beer." This was announced on July 27 by the Ministry of Commerce at the end of an audience granted by Minister Mbarga Atangana to a delegation from the Castel group.

This decision by SABC comes at a time when the Castel group is expecting the National Competition Commission to validate its deal to acquire Guinness Cameroon from Diageo. An increase in beverage prices to which the government is opposed, despite the global situation, would be a bad omen for the upcoming discussions around the validation of the transaction between Castel and Diageo by the State of Cameroon.

As a reminder, according to the parties involved, the validation of this deal should immediately trigger an investment plan of CFA120 billion that will be rolled out over 4 years. This will include the installation of four new production lines in SABC's factories in Yaoundé, Douala (Ndokoti), Garoua, and Bafoussam. The plan also includes increasing the production capacity (40 million additional bottles) of the Société Camerounaise de Verrerie (Socaver), another subsidiary of the Castel Group, which already supplies several breweries in Cameroon and abroad.

These initiatives should enable Guinness Cameroon to further unleash its potential and consolidate its leadership position in the dark beer segment, according to Dayalan Nayager, President of Diageo Africa, the African branch of Guinness Cameroon's parent company.