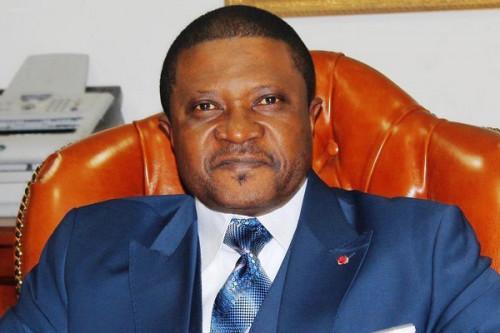 (Business in Cameroon) - The Cameroonian government is finalizing the construction of a new dry port in Ngaoundéré, in the northern region. During a meeting last April 1 with MPs, the Minister of Transport, Jean Ernest Ngallé Bibehe Massena, said the project was ongoing since 2015 and has cost the government about CFA1.4 billion.

The facility is expected to strengthen the infrastructure on the Douala-Ndjamena corridor, on which about CFA340 billion of Chadian goods transit each year, according to data from the Cameroonian customs. Ernest Ngallé Bibehe Massena said the government also plans to build a second dry port in the city of Garoua (northern region), thus denying rumors about the construction of such infrastructure in the cities of Obala and Nomayos, in the Central region. According to the minister, the facilities to be built in the two localities mentioned above are simply logistical bases for large projects.