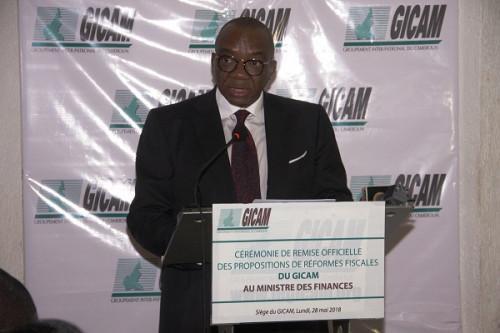 (Business in Cameroon) - The Inter-Patronal Grouping of Cameroon (Gicam), recently published "Tableau de bord de l'économie," its profiling of the local economy, for the third quarter of 2019.

Gicam notes that compared to the same period last year the tax burden has been deteriorating business conditions in Cameroon. According to the grouping, the tax burden is increasingly perceptible.

"The proportion of business leaders indicating that they have felt a loosening of the fiscal stranglehold has never exceeded 10% over the last four quarters. On the other hand, an ever-increasing number of business leaders are complaining about the increase in the fiscal burden, both in terms of rates and procedures," it writes.

From 41.8% in the second quarter, the number of business leaders who said they are impacted by the rising tax burden reached 60.34% in Q3-2019. Specifically, GICAM says, the operators complained about the inconsistency and unproductive nature of some tax provisions.

"For instance, public authorities are showing their desire to promote exports of sawn timber, but at the same time, they are increasing export taxes on both logs and sawn timber,"  Gicam writes.

The recurrence and overlap of various fiscal and Para fiscal checks, the subjectivity of some controllers who carry out control missions in a less than effective manner often ending up with fallacious, disproportionate and exorbitant adjustments as well as the variable interpretation, by controllers, of the 2020 finance law were also mentioned.

"The tax burden weighs heavily on cash flow, whose deterioration is observed among 46.5% of business leaders. These cash flow difficulties influence companies' self-financing capacity and affect their borrowing capacity. Hence, a decline in the recourse to credits, according to opinions gathered in the third quarter of 2019," Gicam notes.

However, this rate remains below the average in Africa, estimated at 17.2%, and the international standards. "It is generally accepted that the share of compulsory levies in national wealth must reach at least 25% to be significant and generate real development," the DGI said.