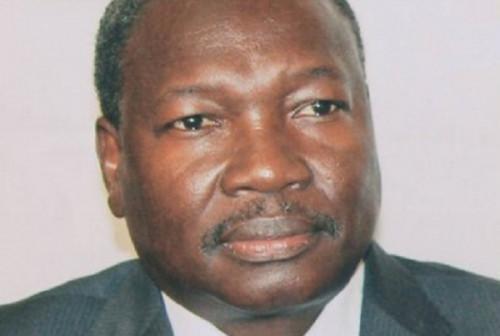 (Business in Cameroon) - Brazilian poultry products can now be imported into Cameroon. This is the information contained in a letter sent, on March 22, 2021, by Minister of Livestock (MINEPIA) Dr. Taïga (photo), to the Brazilian ambassador to Cameroon.

"I am honored to authorize the importation of Brazilian poultry products and by-products [into Cameroon], in strict compliance with the sanitary and zoosanitary requirements of Cameroon, Brazil and the World Organization for Animal Health (OIE)," Dr. Taïga wrote. According to the official, the authorization is aimed at developing the Cameroonian poultry sector and diversifying the country’s input suppliers.

In his letter, he reminds that Cameroon’s sanitary and zoosanitary requirements are namely a technical notice for importation issued by the ministry in charge of veterinary services, an animal health certificate issued in the origin country of the poultry products, or genetic material. Also, Cameroonian veterinary services must be informed at least 24 hours before the arrival of the poultry products or by-products.

According to the OIE standards, poultry products and by-products can only be imported from countries free from the avian flu, which is the case in Brazil.

This authorization comes four months after Cameroon decided to temporarily ban imports of day-old chicks and hatching eggs into the national territory, to guard against the avian flu that appeared in some European and Asian countries in late 2020.

Few days before that ban issued on November 17, 2020, Cameroon ordered the reinforcement of its border health inspection mechanism. The decision was to protect the national territory against the avian flu from Western countries such as Germany, Denmark, the United Kingdom, the Netherlands, Russia, and Israel.