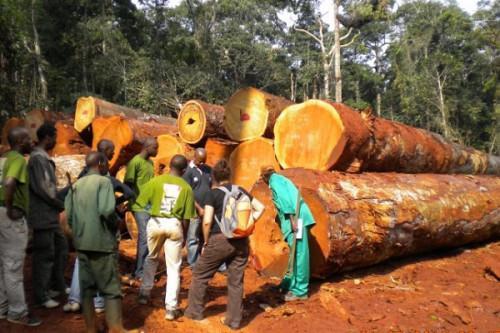 (Business in Cameroon) - On April 1, 2021, the Cameroonian Ministry of Forest and Wildlife (MINOF) launched SIGIF2, the 2nd generation Forest Information Management System. Despite the German Cooperation and the European Union’s refusal to acknowledge the platform, the MINOF is confident about its efficiency.

"The official launch of SIGIF2 is an important sectoral advance. Although it is criticized by some partners particularly because of the origin of its developers and the slow development process, it will help the Ministry of Forest and Wildlife decisively address some of the issues found during the dematerialization process," the MINOF indicates.

The ministry believes that thanks to SIGIF2, forest taxes will increase because felling taxes will rise by 25-30% since the real taxable forestry production of each forestry operator will be checked and all timber supply sources will be taken into account. Also, the MINOF explains, thanks to the platform, new revenue niches will be created (apart from traditional forest taxes) through the issuance of timber legality certificates, Flegt authorizations, and the computer fee.