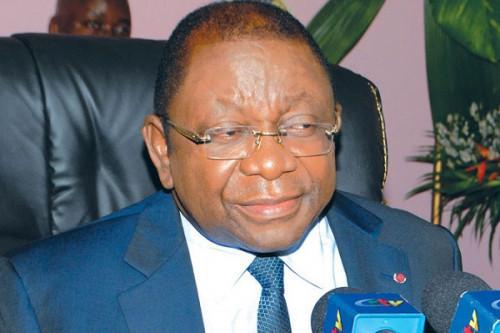 (Business in Cameroon) - The unprecedented deregulation of international trade, marked in Cameroon by rising costs of imported products, was the subject of a letter sent on September 2, 2021, by Minister of Commerce Luc Magloire Atangana to Ngozi Okonjo-Iweala, director-general of the World Trade Organization (WTO).

“Since the onset of the Covid-19, in the first quarter of 2020, international supply chains have been experiencing serious disruptions. This year, it seems those disruptions have worsened with rising raw material prices, a steep increase in the prices of food products, and an explosion of maritime freight rates (...) For instance, between January and June 2021, the prices of clinker, rebar, and gypsum rose by 100%, 95.54%, and 60% respectively, compared with their rates during that same period in 2020. At the same time, the prices of wheat, soybean, and corn rose by 31.6%, 6%, 73%, and 98.4% respectively and maritime freight rates rose three folds,” the Minister of Commerce wrote.

According to the official, given the major social problems such a situation could cause, the WTO must react per its mandates set by the Marrakesh Agreement.

“In that regard, I suggest the organization should issue a set of strong measures to some of the institutions and bodies in charge of the world economy: namely, the International Monetary Fund, the World Bank, or the G20. Those measures will aim at finding ways and means to counter the disastrous consequences of the looming cataclysm,” he concluded.

In Cameroon, the government is already dealing with rising costs in the cement sector. The cost of a 50 kg bag was usually XAF4,300 but weeks ago, producers decided to increase it to XAF4,900 and even XAF5,000. They were openly accused of causing such increases and the Minister of Commerce threatened to close some producers’ plants should the projected price increase become effective. In return, the government launched negotiations to elaborate support measures in the sector to help deal with the rise in the price of the raw materials imported to produce cement, clinker notably.