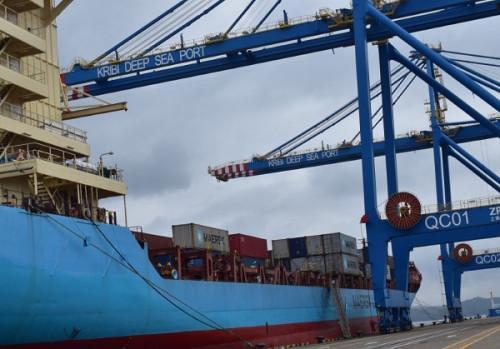 The first stopover has already been performed by the world sea freight leader’s vessel Maersk Newport. From Durban (South Africa) to Pointe Noire (Congo), the vessel berthed at Kribi deepwater port in the early hours of August 2, 2019, official sources reveal.

According to the port’s management, "these exploratory stopovers, which announce the opening of new maritime lines both for imports and exports, show the attractiveness of Kribi port platform and its position as a reference maritime logistics platform in the Central African region and even beyond."

In 12 months of operation at the container terminal, KCT has already moved about 165,000 20-feet containers. This performance should improve during the second operation year because of the increased interest shipowners like Maersk have in the terminal, and tariff reduction being performed at the port to make it attractive and competitive.