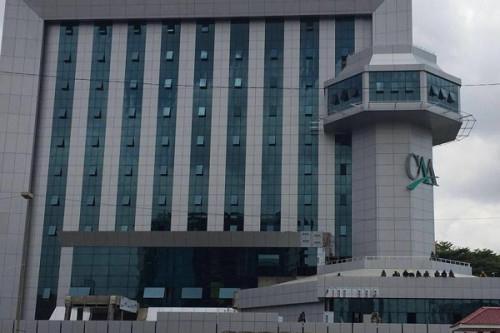 The sinking fund explains that such a rise was due to the disbursement obtained under the Rapid Credit Facility set up by the IMF to help countries fight the coronavirus pandemic, the new domestic debt agreements, and the significantly high volume of public securities issued during the period under review.

As of December 30, 2020, the country’s public debt was as follows: XAF9,411 billion of direct and publicly guaranteed debt and XAF922 billion of public corporation’s non-guaranteed debts. For years now, the country’s debt has been on an uptrend curve. Indeed, according to data compiled by the CAA, between 2016 and 2020, Cameroon’s public debt rose by XAF 4,324 billion (from XAF6,010 billion to XAF10,334 billion over 4 years).

This increase in the country’s public debt is mainly due to external financial assistance, generally provided by international partners. Estimated at XAF3,941 billion in 2016, the external debt rose to XAF6,736 billion in 2020, up by nearly XAF2,800 billion over 4 years.

At the same time, the state's domestic debt has also been rising during the said period. From XAF1,304 billion as of December 31, 2016, it officially rose to XAF2,647 billion at the end of 2020. This represents a XAF1,343 billion rise over four years.

In an in-depth analysis, the African Development Bank (AfDB) reveals that Cameroon’s public debt has risen fourfold over 13 years  (2007 to September 2020). The pan-African banking institution also points out that the country is at high risk of debt distress given the "worrying" nature of its debt level.

According to Richard Evina Obam, CAA's General Manager, this overindebtedness was mainly due to the Eurobond (XAF450 billion) whose amortization period is 2023-2025. He adds that the scheduled refinancing operations are aimed at reducing that debt distress risk from high to moderate.

Although public authorities deem public debt to be sustainable (due to the public debt to GDP ratio threshold which is 70% in the CEMAC region while Cameroon's debt-to-GDP ratio is just 46.9%), they are nevertheless concerned about the rising indebtedness ratio.  Indeed, according to official sources, public debt service is gradually becoming burdensome, thus affecting public investment budgets. In the 2021 finance law, the country revealed that like in 2018, the volume of debt service (both domestic and foreign) has started rising while public investments dropped slightly. For instance, according to budget documents, Cameroon's debt service increased from XAF727.5 billion in 2017 to XAF1,027 billion in 2018 while public investment fell from XAF1,586.9 billion to 1,291.5 billion over the same period.