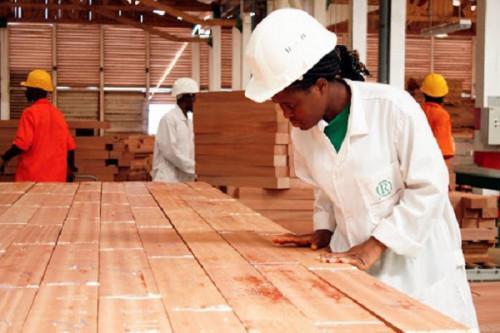 (Business in Cameroon) - Bankrupted firm Société forestière et Industrielle de la Doumé (SFID) is currently preparing a series of meetings with its creditors. In a release published last September 8, the SFID invited all of its creditors identified in the framework of the preventive settlement procedure to take part in a series of meetings to be organized on September 10, 2021, at a hotel in Douala.  "Legal persons’ proxies should come with valid letters of attorney or mandates," the firm wrote.

SFID  provided no further details but this announcement comes in a particular context marked by former employees’ protests for their salary arrears and termination indemnities. In October 2018, part of the 800 employees who were dismissed when the firm went bankrupt organized loud protests at SFID’s headquarters in Douala.

On February 14, 2018, French group Rougier announced that it was confronted with persisting difficulties in Cameroon. For instance, in 2017, its turnover dropped by 7.5% in the country after an 8.5% drop the previous operation year. Due to those difficulties, the group sold SFID and its Central African subsidiary to SODINAF controlled by Cameroonian economic operator Fabrice Siaka. Before that sale, SFID’s staff was made redundant. Thanks to those sales, Rougier S.A and Rougier Afrique International’s liabilities in France were settled, through debt write-offs. Hence Rougier group’s financial liabilities dropped by XAF24.3 billion, down from €56 million (XAF36.7 billion) as of December 31, 2016, to €19 million (XAF12.45 billion) on December 31, 2019.