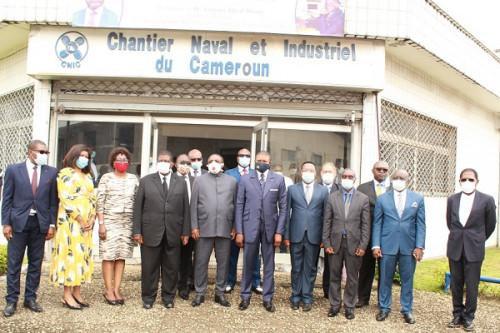 (Business in Cameroon) - Cameroon Shipyard and Industrial Engineering Ltd (CNIC) has been commissioned by the Port Authority of Kribi (PAK) for repair works, shipbuilding, and industrial constructions at the deep seaport of Kribi, according to the Technical Commission for the Rehabilitation of Public and Para public Sector Enterprises (CTR).

The amount of this contract, which "is pending implementation", has not been disclosed, however. "Despite its current difficulties, Cameroon Shipyard and Industrial Engineering Ltd remains a company whose potential is a guarantee for its viability," said the CTR in its report on performance of public companies in 2019.

This contract with the PAK could revitalize the state-owned company plagued by financial constraints for years now. Indeed, the once-prosperous company now records barely XAF3 billion yearly turnover while about ten years ago, this turnover was as high as XAF40 billion. Its performances are also affected by repeated strike movement organized by the staff, as a result of unpaid salaries for several months