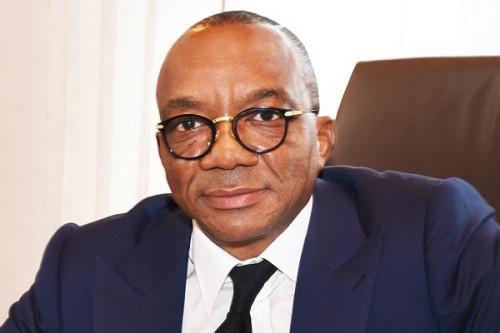 (Business in Cameroon) - The Employers' Group of Cameroon (Gicam) is currently developing a proposal for the improvement of workers' wages by the government. While waiting for the proposal to be finalized and submitted, Celestin Tawamba (pictured) discussed the content at a dinner debate organized on May 4 by the Ministry of Labor and Social Security (Mintss).

The Head of the country's main employers' organization said they are in favor of a wage increase.  "It is necessary that all salaries are improved, not only the minimum wage,” said Celestin Tawamba. He said this proposal is all the more needed in this crisis context where the purchasing power has significantly declined and prices have inflated.

In a recent study, Gicam analyzed wage policy in seven countries on the continent and concluded that Cameroon is lagging. “It’s just not possible to maintain the minimum wage at CFA36,000," said the head of Gicam. The government seems to agree with this last point. The proof is that, on May 1, during the commemoration of International Labor Day, the Minister of Labor and Social Security, Grégoire Owona, announced that discussions are underway to increase the Smig. "However, companies should be able to pay the new amount,” he stressed.

Celestin Tawamba reassured that there is no need to worry because the new salary grid is bringing many advantages, including improving the efficiency of companies provided that the government agrees to liberalize the economy.

The President of Gicam explained that the liberalization consists, among other things, of "ending the administration of prices" by the government. This situation is one of the biggest sticking points between the government and the private sector. Last month actors in the cement market suggested that the government raise prices to enable them to cope with the rising production costs. But they found no satisfaction in their request.

The Minister of Commerce (Mincommerce), Luc Magloire Mbarga Atangana, who also participated in the dinner debate, avoided venturing into the debate on price certification. However, he admitted that the time has come for the economic system of Cameroon to get an update with a return to a more united economy.