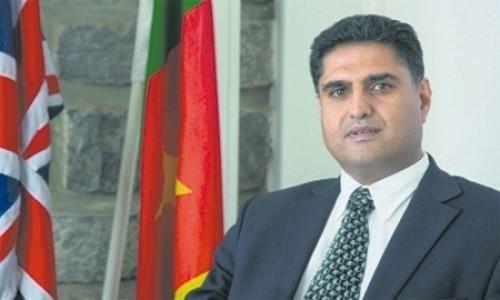 (Business in Cameroon) - The former British High Commissioner to Cameroon, Bharat Suresh Joshi, says the country has made strides to improve on the business climate. Recently as this year Cameroon now has an investment code and the programme budget, to cut on government’s avoidable expenditure is in its first year of operation.

Even though much still needs to be done, Cameroon’s situation is similar to others, according to Bharat.  “It is true that it is not easy but when I talk with investors all over in the world, I see that it is never easy to do business. I don’t have the impression that Cameroon is more difficult than other countries,” he said after a farewell visit to the Minister of Finance, Alamine Ousmane Mey last September 6, 2013.

More UK industries have been investing in Cameroon. Joule Africa is running a 1.3 billion dollar project to create 500 MW of energy in the North West Region. And Guinness Cameroon is getting back to sponsoring the Mount Cameroon Race of Hope, and Standard Chartered Bank supports projects like the Kribi Gas Fired Plant. “These firms are recruiting Cameroonians who are refusing to be corrupt and are helping to develop the economy,” Bharat Suresh Joshi said.

Several British companies implanted in Cameroon have made significant progress in the country. “Contrary, we have realised that each of our investors has augmented his/her market shares. For example, we have enterprises involved in several sectors of the economy; energy, hydrocarbons, service etc and who are doing good businesses in Cameroon,” he confirmed.