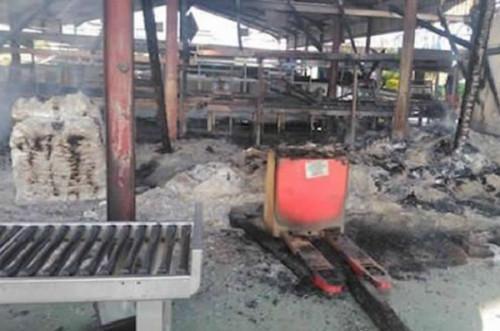 (Business in Cameroon) - The Inter-Patronal Grouping of Cameroon (GICAM) recently updated its data on the socio-political crisis raging the North-West and South-West since October 2016.

Of the companies it consulted during the development of the Economic Scoreboard, 86% reported that the crisis has very significant (50%) and significant (36%) negative impacts on their activities.

The data collected from companies and compiled by GICAM give an idea of the financial impacts this crisis had on companies as of July 31, 2019. “Destruction, looting, and theft have already cost [companies] nearly XAF40 billion, half of which represents the losses of agro-industrial companies (CDC, PAMOL, CTE, Ndawara, PHP…). Due to the nature of their activities, which spread over hectares, they are almost helpless in the face of attacks and are unable to safeguard their assets, especially plant material. Energy transport and distribution infrastructures (of companies) have also been particularly affected,” the survey reveals.

According to the report, because of the crisis, companies, whether or not located in the North-West and South-West, also bear additional costs due to the necessary adaptation measures. These include the cost of strengthened security measures, the costs of moving equipment and adapting products and services. Over the three years of the crisis, an estimate of those additional costs places them beyond XAF2 billion.

“Dead cities, insecurity and various forms of destruction, the halt of public investment projects led to significant shortfalls in terms of turnover for companies. Focusing on only 10 sectors of activity, these losses are estimated at nearly XAF800 billion over the three years. The distribution sector is the most affected, with insecurity having created avenues for informal supply channels, many of which are fuelled by smuggled goods,” GICAM says.

Government revenues are also affected by the crisis. According to the data collected, in the sectors analyzed, the volume of revenues lost by the state since the beginning of the crisis is nearly XAF18.5 billion, in taxes and other duties the government would have raised on the companies.

“The impact on formal employment still seems contained, with most companies having, remarkably, opted for partial or global staff redeployment. Once again, agro-industries have not been able to operate such strategies. Their staff are thus mainly affected by technical unemployment and cuts,” GICAM notes.