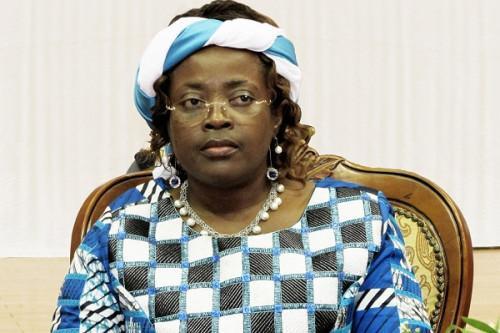 (Business in Cameroon) - Last year, state-owned operator Camtel announced that it would officially launch its mobile network on January 13, 2021. However, the government (through the Ministry of Ports and Telecommunications) recently opposed that launch because of some regulatory issues.

In a letter I received on January 7, 2021, you invited me to preside over the launch of the mobile network on January 13, 2021, without indicating the measures you took to address the observations that were made during the December 16, 2020, meeting. This will not ensure a successful entrance (which is long-awaited) of the incumbent operator into the mobile segment. It will also not reassure players in the sector about Camtel’s neutrality, transparency, non-discrimination, and objectivity in the management of the de facto monopoly segments (fixed line, transport)," Minister of Posts and Telecommunications Minette Libom Li Likeng (photo) wrote in a letter sent to Judith Yah Sunday (director-general of Camtel), on January 11, 2021, and obtained by Business in Cameroon.

“The reform prescribed to Camtel, following the concessions it was granted on March 4, 2020, by the government, prescribes the establishment of an open organizational continuum, with the reorganization of Camtel into business units (ed. note: three business units) dedicated to each of the operating licenses granted,” the Minster of Posts and Telecommunications reminds the CEO of Camtel.

She adds that instead of  the business unit dedicated to the mobile segment, Judith Yah Sunday just “set up a task force of 170 staff (…) without providing any details on the missions or how the unit will be managed.”

The official’s letter also points out other shortcomings. According to the letter, those shortcomings were reported by Camtel’s auditor and they “do not contribute to the organizational and functional success prescribed by the government.”

The said shortcomings include obstructing control missions from monitoring the company’s management, the proven immaturity of the company's projects, non-compliance with the rules regulating the appointment of staff by the general management.

All these shortcomings are “likely to compromise the social climate within the company…,” just days before the launch of its mobile network in a market where there are already three experienced competitors. The competitors are namely MTN (leader of the market for over 20 years now, Orange (second leader in the market), and Nextell (the third operator whose activities are stalling for almost three years now due to disputes between its shareholders).

Let’s note that although Camtel can once again be considered as a newcomer (ed. note: its mobile subsidiary Camtel Mobile was acquired in the 2000s by MTN) in Cameroon’s mobile market, its arrival will likely disrupt the market. Indeed, the incumbent operator usually offers competitive prices even though its service quality is not always at par.