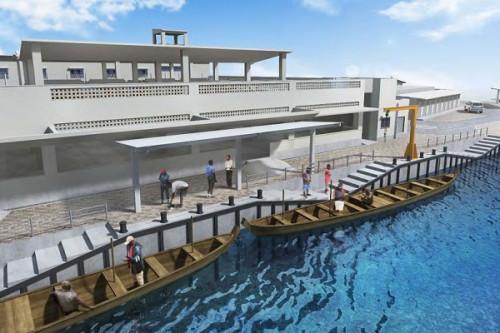 (Business in Cameroon) - On October 8, 2021, after an audience with Minister of Livestock, Fisheries, and Animal Husbandry Dr. Taïga, Japan’s ambassador to Cameroon Tsutomu Osawa provided an update on an over XAF7 billion investment his country was planning for the local fishing industry.

"The government of Japan has decided to finance two projects in Douala and Kribi. We hope this support will be beneficial to the population," the diplomat said.

From internal MNEPIA sources, the two projects mentioned by the diplomat are those aimed at upgrading the boat landing platform and the fish market in Youpwè, Douala, as well as the project aimed at providing equipment to the Kribi artisanal fishing community. For the first project, a XAF6.5 billion agreement was signed in 2017 while the budget for the second project is XAF500 million.

Sources close to the case informed that up to now, the first project is just 9% completed because of constraints like compensation to affected populations, relocation of operators previously operating on the site, and the coronavirus pandemic. "A year ago, nothing was visible on the site. Nowadays at least, the foundations are completed and the works are progressing," a source claims, adding that the agreement for the second project is yet to be signed.

According to the project carriers, the Youpwè project will boost fish production, modernize the marketing system and improve the sanitary conditions of the fish market. The project will also help reduce post-production losses (estimated at 15% in Cameroon by the Gulf of Guinea Regional Fisheries Commission) caused by a shortage of preservation equipment.

According to figures published by the National Institute for Statistics, in the first half of 2021, Cameroon imported 97,203 tons of fish by disbursing over XAF64 billion against  115,708 tons imported in H1-2020 with XAF77.8 billion expenditure.