Cameroon officially signs a XAF6.4 bln loan agreement with Kuwait for the construction of the Mbalmayo annex hospital 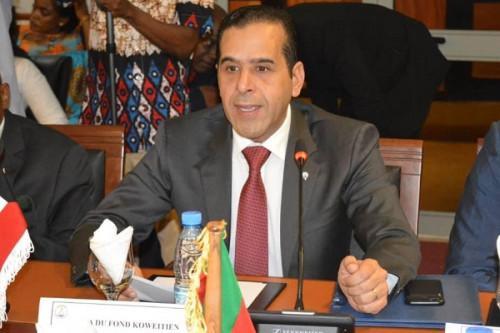 (Business in Cameroon) - On July 9, 2021, Minister of Economy Alamine Ousmane Mey announced he had signed a XAF6.4 billion agreement to partially fund the construction and equipment of the annex building of the Mbalmayo regional hospital. In an official release, the official informs that this loan agreement signed with the Kuwait Fund for Arab Economic Development (FKDEA) is aimed at boosting the number of health infrastructures in Cameroon.

The loan agreement was authorized by the President of the republic who, in a June 1, 2021 decree, habilitated the Minister of Economy to sign it. Overall, the project will cost XAF2,082 billion. In its framework, on August 4, 2020, Mohamadou Labarang, Cameroon’s ambassador to Egypt, signed an about XAF7 billion agreement to partially fund the project. The remaining fund, XAF6.6 billion notably, will be funded through a XAF6.6 billion loan from the Saudi Fund for Development (FSD).

The construction of the modern hospital will boost the health offer in Cameroon as the Minister of Economy explains but, it will also provide the secondary town with a high-class hospital that could have only been found in regional capitals a few years ago.