Cameroon: 1,500 young graduates were recruited in 2016-2020 thanks to tax breaks granted to companies 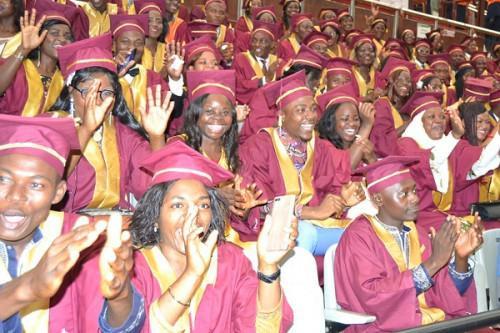 (Business in Cameroon) - According to a note published by Minister of Higher Education (Minesup), Jacques Fame Ndongo, 1,500 higher education graduates were recruited thanks to the various tax breaks granted to Cameroonian companies, between 2016 and 2020,

"In 2016, the finance law of the Republic of Cameroon introduced exemptions for companies that recruit young people by exempting them from payroll deductions and employers contributions. Thanks to this measure, the para-public, and private sectors recruited 1,500 young higher education graduates between 2016 and 2020," said Jacques Fame Ndongo.

However, compared with the number of young people graduating from university every year in the country, these recruitment are still insignificant. According to Government statistics, between 2017 and 2018, 112,615 students graduated from universities under the Ministry of Higher Education.

According to the Minesup, the partnerships concluded between the country's universities and companies aim to operationalize the sandwich degree by providing tax exemptions to companies that allow young graduates to get their first professional experience.

The partnerships thus concluded fall within the framework of the provisions of the 2016 Finance Act which, in Article 105, provides that " companies (which are taxed on actual income) that offer under-35 graduates a permanent or fixed-term contract for their first job are exempt from tax and employer's charges on salaries paid to these young people, except for social security contributions".