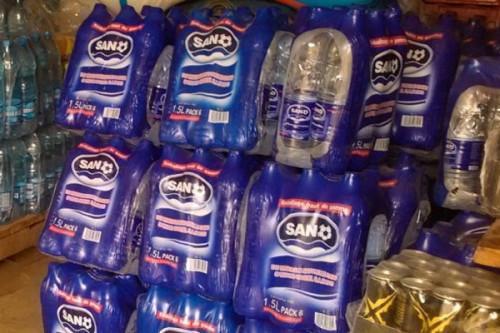 (Business in Cameroon) - Mineral water producer SANO can now resume operations and sell its products in the Cameroonian market, after close to six months of suspension. The authorization was notified by Mines Minister (MINMIDT) Gabriel Dodo Ndoké in a decision signed on July 13, 2021.  “With effect from this decision signature date, the suspension of the Sano water brand production and commercialization carried out by Sano SA is lifted,” the decision reads.

The July 13 decision nevertheless adds that the production and commercialization of SANO’s 5 and 10-liter bottled water are still prohibited until the company acquires an automatic water plant for those segments of its operations. Also, the company must change the branding “natural mineral water” and replace it with “ Sano mineral water” on the new products it will introduce in the market once its current stock is depleted.

SANO S.A’s operations were officially suspended on March 4, 2021, by the MINMIDT. At the time, the official wrote that the company was not respecting the operating standards required for bottled water destined for the public. The said suspension was decided after videos appeared online showing the company's agents working in a filthy place without even putting on hand gloves. After the decision issued by the Mines Minister, the Minister of Trade ordered SANO products to be removed from the Cameroonian market. Gabon also followed on the lead by prohibiting the sales of SANO water on its territory.

According to recent figures published by Brasseries du Cameroun, in 2018, SANO was the third operator in the Cameroonian water market with 7.5% of that market. It achieved that performance thanks to a continuous marketing strategy. On conventional media (TV, radio, banners), and even on social media, the company was continuously marketing its products. Also, to attract users, it regularly produces water bottles with scratch cards on them promising prizes for lucky buyers. In addition, some of its products are significantly cheaper than the competition. For instance, its pack of six 1-liter bottles costs XAF750 while some competitors sell similar packs at XAF1,200.