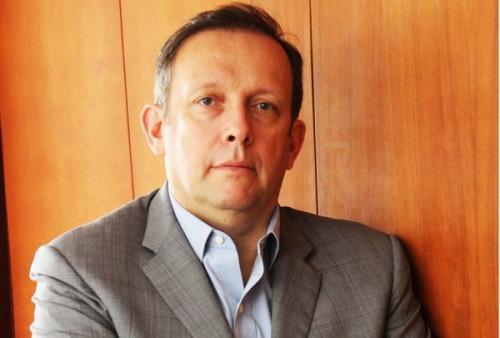 (Business in Cameroon) - Frédéric Debord (photo), CEO of Orange Cameroon, left Cameroon on the night of July 14, 2020, an authorized source informs. A source at Orange Cameroon claims that the executive was on his way for his planned annual leave and is not definitely leaving Cameroon.

But, the CEO is leaving Cameroon for the claimed annual leave amid conflict and accusations. According to local media EcoMatin, Frédéric Debord and Orange Cameroon were sued before Cameroonian courts for unfairly dismissing a former executive accused of diverting XAF9,554.

“The CEO of Orange Cameroon is also cited in ethical violation accusations, notably for sexual harassment cases thrown under the carpet in recent years. He was to appear before the courts on June 28, 2021, but he did not show up,” the media reported on July 13, 2021.

In response, Orange Cameroon issued a release the following day informing the general public that a defamatory campaign targetting it is being organized, through various media, by former employees dismissed for professional and ethical reasons. “Those dismissals were decided in compliance with company procedures and notified to competent authorities. As a responsible and citizen-minded company, Orange Cameroon trusts the legal system will seek the facts and rule according to the regulation in force (…) Orange Cameroon is deeply attached to the ethics and code of conduct applied daily by its staff. For years now, a secure scheme has been continuously in place to prevent, report, and manage all forms of wrongdoing,” the operator wrote.

A former director of operations at Ooredoo Kuwait, Frédéric Debord was appointed CEO of Orange Cameroon at the end of an executive board meeting on February 14, 2018, in Douala. With 20 years of experience in the telecoms industry in North Africa, Eastern Europe, and the Caribbean, M. Debord officially assumed his position on February 15, 2018, replacing Élisabeth Medou Badang, who was the first woman and also the first Cameroonian to lead Orange Cameroon.