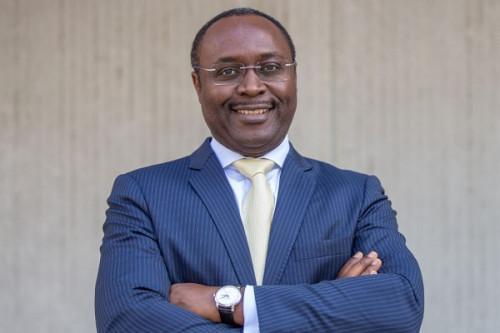 (Business in Cameroon) - The World Bank announced, in an internal note, the appointment of Cameroonian economist Albert Zeufack as the new Country Director for Angola, the Democratic Republic of Congo (DRC), Burundi, and Sao Tome & Principe. Before this appointment, Albert Zeufack was the institution’s chief economist for Africa since 2016.

When he takes office in July, as sources revealed, the new representative will have to manage a portfolio that has been thickening over the years. For example, in the DRC, the World Bank’s commitments have increased from $500 million to nearly $2 billion in recent years, driven by the major road and energy infrastructure projects underway in the country.

Carrying out this mission should not be that hard for the newly appointed country director as he seems to have the right profile. Indeed, Zeufack joined the World Bank in January 1997. He has spent virtually his entire career there, holding various positions. Between 2008 and 2012, however, he took a leave of absence to work as chief economist and director of research and strategy for Khazanah Nasional Berhad, a sovereign wealth fund based in Kuala Lumpur, Malaysia.

He holds a Ph.D. in economics from the University of Clermont-Ferrand and taught economics and applied econometrics at this same French academic institution for years before joining the World Bank. He also moved to Washington, D.C. to continue his professional training at the renowned universities of Harvard and Stanford.

Member of the Advisory Council on Natural Resource Governance and the United Nations Sustainable Development Network, this former student of the University of Yaoundé, where he obtained a Masters of Advanced Study in economic analysis and policy, is the author of various publications in academic journals.

Within the World Bank Group as Chief Economist, he coordinated the writing of several Africa Pulse reports, the Bretton Woods institution's semi-annual barometer on African economies. Albert Zeufack was also behind several analytical papers on the African economy. The latest of these are contained in a book entitled " Africa in the New Trade Environment: Market Access in Troubled Times."

In this book, the economist and his team at the World Bank suggest that African states re-evaluate trade agreements with various partners, to ensure that the deals are aligned with their current objectives and to strategically position themselves to capture the emerging Asian market. These are, according to the book, some of the prerequisites that could enable the black continent to stop being a minor player in international trade.