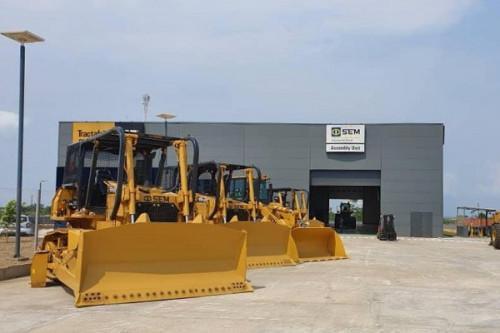 (Business in Cameroon) - For its construction machinery assembly project in Cameroon, Tractafric Equipment will now benefit from the incentives planned in the 2013 investment promotion law. An agreement was signed in that regard on July 13, 2021, by the private investment promotion agency API, through its director-general Marthe Angéline Mindja, and the industrial machinery distributor.

This 2013 law, amended in 2017, offers tax and customs incentives -over five to ten years- to economic operators whose projects are in the development phase or are even operating already.

In the framework of its machinery assembly project in Cameroon, Tractafric built an assembly plant in the deep seaport of Kribi, in the South. The about XAF2 billion plant, which can assemble 250 machines yearly, was officially inaugurated on January 23, 2021.

During the inauguration, Minister of Public Works Emmanuel Nganou Djoumessi, who was representing the president of the republic, indicated that by building the assembly plant in Kribi, Tractafric was supporting the government's import-substitution strategy. “The construction of that plant is a response to the construction equipment needs of decentralized territorial units,” he added.