Cameroon: An ecological fertilizer plant to be built in Kribi 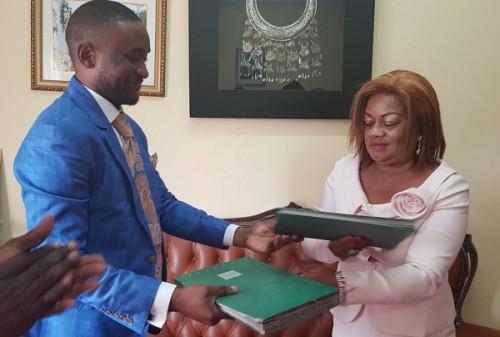 (Business in Cameroon) - In Kribi Cameroon, a sea water-powered fertilizer plant will soon be built. On September 12, 2019, a XAF6.8 billion agreement was signed for that purpose by Guillaume Liiga Lissouck, president of the Cameroonian company Financial & Investment Corporation SA (Fic SA)’s administrative board, and Marthe Angeline Mindja, managing director of the private investments’ promotion agency API.

Built over a 4-hectare perimeter, the plant will produce 4 million litres of the ecological fertilizer SF94 every year.

According to Liiga Lissouck, by the start of the fourth production year, this production should double to 8 million litres yearly.

Thanks to this investment, 364 direct jobs should be created. Fic SA also promised to contract local SMEs for at least 30% of its needs for goods and services. In addition, it will operate a transfer of technology by helping the government in the elaboration of public policies in the fertilizer sector and introduce such production methods into the formal curriculum

“The planning stage has been launched. So, in a few months, two months max, the places where we will build the plants will be shown to us,” Liiga Lissouck said.