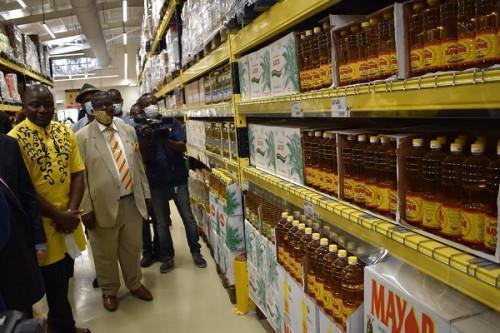 (Business in Cameroon) - From CFA15 billion initially, the Cameroonian government now plans to grant CFA40 billion for subsidies for necessities.

This new budget, according to the amending finance act, is aimed at curbing inflation in the country. No details were provided on how the money will be distributed or what products will be involved. It is however sure that oil products are not included in the new budget since CFA480 billion has already been specially allocated for them.

To stabilize the general price level, if not to reverse the trend, the National Institute of Statistics (INS) suggested that the government implement "additional support measures both comprehensive and targeted for businesses and households.” INS notes that on average, over the last twelve months, the inflation rate was very close to the 3% threshold at the end of March 2022 (+2.9%) and has already exceeded or reached it in six cities. These are Ebolowa (+4.5%), Bamenda (+4.4%), Maroua (+4.3%), Bertoua (+3.9%), Bafoussam (+3.6%) and Garoua (+3.0%). These inflationary pressures, says the INS, are sustained mainly by the prices of food products, particularly meat, bread, cereals, flour, fish, oil, and vegetables.

If nothing is done, the institute warned "it is highly likely, under these conditions, that the inflation rate will exceed the 3% threshold set by the CEMAC [Cameroon, Central African Republic, Congo, Gabon, Equatorial Guinea, and Chad] in its multilateral surveillance system.