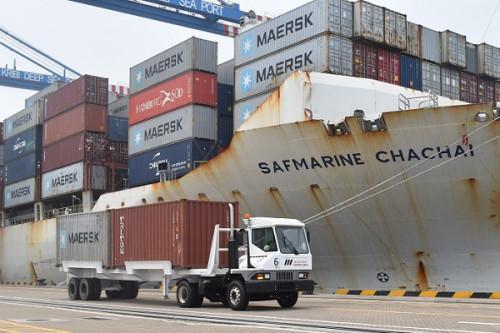 (Business in Cameroon) - Starting from today March 18, Cameroon is closing its borders, like all the countries where cases of covid-19 have been confirmed. On March 17, at the end of a crisis meeting, Prime Minister Joseph Dion Ngute published a set of 13 measures that practically put the country in a state of emergency.

These measures range from borders and schools’ closure to restrictions on movements across the country, the prohibition of gatherings of more than 50 people, regulation of flows in markets as well as limitation of some commercial activities (restaurants and pubs close at 6 p.m.; hotels and accommodation centers requisitioned etc…)

The measures seem to be commensurate with the seriousness of the situation. Within a week, Cameroon has confirmed 10 covid-19 cases on its territory.

In addition, short-term perspectives are grim since between the confirmation of the first case, on March 6, and the measures of March 17, numerous flights from countries affected by the virus have landed in Cameroon. Some of the passengers from these flights went to their families without prior confinement.

Health aside, it is time to analyse the impacts of the government’s latest measures. By closing its borders to the rest of the world, Cameroon, whose consumption is highly extraverted is going towards a shortage of various consumer products.

Despite the recent assurances of the Minister of Trade about the availability of stocks of products like rice, fish, and milk, the middle-term (even the short-term) perspectives are grim.

Even the authorization given to cargo aircraft and boats transporting food products to serve the country is no cause for optimism since most of the origin countries of products to be transported have already closed their borders amid the virus outbreak.

In addition, Cameroon has suspended the importation of animal and fishery products from countries affected by the pandemic. With the scarcity that is looming, and especially in view of the limitation of flows in Cameroonian markets from 18 March 2020, we are moving towards the emergence of inflationary pressures.

In pharmacies, for instance, the prices of products such as hydro-alcoholic gels, recommended to disinfect hands as part of the preventive hygiene measures against the virus, have literally exploded.

Loss of income equivalent to 4.1% of GDP

Similarly, the closure of pubs and restaurants at 6 p.m. every day, as well as the restriction of flows in those places, will deal a heavy blow to the brewing and tourism industries and all their value chains. The same applies to the cancellation of all conferences, seminars and other business trips, which usually provide a lot of revenue to hotels.

Moreover, in a report published on March 13, 2020, in Addis Ababa, the UNECA predicts a 3.1% drop in Cameroon’s revenues from tourism as well as oil and non-oil exports due to the Coronavirus crisis.

The UNECA’s Central Africa office was more alarmist indicating that Cameroon’s revenue losses in the tourism and exports sectors could go up to 4.1% of its GDP. The highest loss will be recorded in the revenues from crude oil exports (2% of GDP) while tourism revenues will follow with losses representing 1.5% of GDP. The losses in revenues from exports of other commodities and exports products could be 0.6% of GDP, the institution indicates.

Apart from those losses, Cameroon still has to deal with Boko Haram’s attacks, separatists in its Anglophone regions and the coronavirus itself.