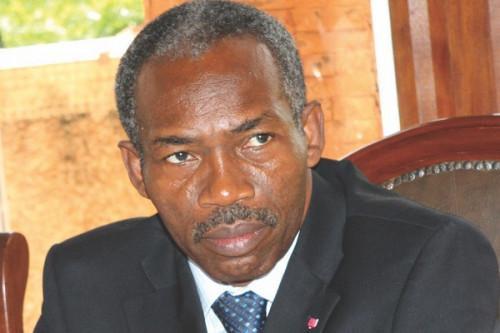 (Business in Cameroon) - Cameroon to commence using the 2nd generation Forest Information Management System (SIGIF2) despite the refusal of the European Union and the German Cooperation (the two main partners that funded the development of the system) backers) to acknowledge it.

“In accordance with the provisions of the Voluntary Partnership Agreement between the European Union and the Republic of Cameroon on forest law enforcement, governance and trade in timber and derived products to the European Union (FLEGT) and as part of the progressive implementation of SIGIF2, the following forest documents will have to be issued by SIGIF2 in the future, starting in 2022," reads a decision issued on November 17, 2021, by Minister of Forestry and Wildlife, Jules Doret Ndongo (photo).

The concerned documents are notably the final survey certificate and timber specifications (for exports). According to the Minister of Forestry and Wildlife, Cameroon will boost its forest revenues lby making the issuance of those forest information and management documents obtainable only through the SIGIF2, Also, the MINOF explains, thanks to the platform, new revenue niches will be created (apart from traditional forest taxes) through the issuance of timber legality certificates, Flegt authorizations, and the computer fee.

However, the EU and the German Cooperation are less enthusiastic about SIGIF2. “The certificates issued by Sigif 2 cannot be recognized or validated under the European Union Timber Regulation (EUTR), let alone under future Flegt permits, which would allow for cost savings and direct and priority access to the European market. These authorizations cannot be issued until another instrument is put in place, or until a complete overhaul of the tool is carried out, based on a benchmark study conducted with the Ministry of the Economy…," the two technical partners commented on April 1, 2021, in Yaoundé, when the 2nd generation system was presented.