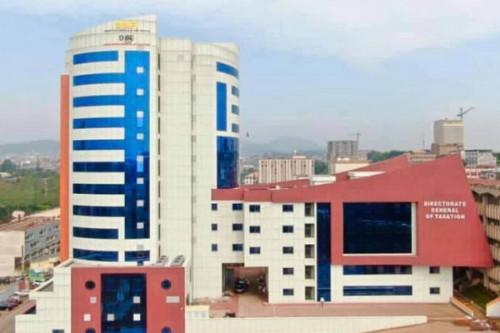 (Business in Cameroon) - In 2019, Cameroon generated 76.8% of its tax revenues thanks to five main categories of taxes and duties, according to a report recently published by the Directorate General of Taxation. Specifically, those categories generated XAF1,584.4 billion of the XAF2,060.7 billion of tax revenues the country collected that year.  In the report, the Directorate of taxation explains that over the 2010-2019 period,  the five tax categories have been the largest revenue contributors to the state budget.

The largest revenue provider is the value-added tax (VAT), which generated XAF739.6 billion for the State of Cameroon in 2019. It represented nearly 36% of the overall tax revenues collected by the Directorate General of Taxation that year. According to figures published in the aforementioned report, in 2018, that consumption tax (which represents 19.25% of the value of every good and service consumed by taxpayers) fetched the country XAF784 billion revenue, the highest level over the 2010-2019 decade.

The figures compiled by the directorate general of taxation show that even at its lowest point in 2010, with some XAF286.8 billion generated, VAT was still the main tax revenue provider for the State of Cameroon. Over the said decade, the revenues generated have now gone up 2.6 folds.

The second-highest tax revenue generator is non-oil companies’ corporate tax. According to an official of the directorate general of taxation, this is a direct tax on profits made by legal entities. Its rates are 30% for large companies, 28% for entities. An additional 10% is levied for additional communal cents. Over the 2010-2019 decade, the revenues generated by that tax doubled from XAF172.4 billion to XAF344.4 billion.

The third-largest tax revenue contributor was excise duties whose yields tripled during the period under review. According to the report, this tax levied on luxury goods and some special products generated XAF207.3 billion in 2019 against XAF68.5 billion in 2010.