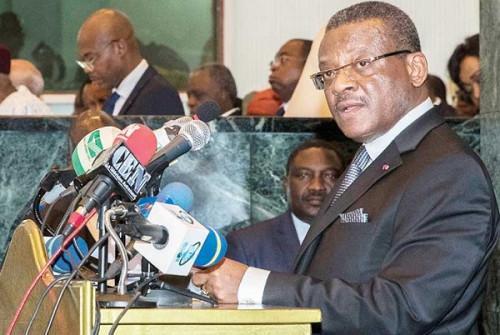 (Business in Cameroon) - In Cameroon, trade with CEMAC countries will be allowed throughout the coronavirus prevention measures’ implementation period, according to an official release published by the Prime Minister’s office.

According to the release, this amendment to the measure ordering the cessation of international trade is made following “very high instructions of the President of the Republic, His Excellency Paul Biya, current President of CEMAC.”

This is the third release published by the government about the preventive measures issued to curb the coronavirus pandemic in Cameroon. Indeed, at the end of a crisis meeting, in Yaoundé, on March 17, 2020, Prime Minister Joseph Dion Ngute indicated that President Paul Biya had instructed some measures effective from March 18 till further notice. The said measures were namely, the closure of land, air and sea borders, the suspension of international passenger flights. However, ships carrying consumer products and essential goods are allowed to stopover for a limited period.

The following day, at the end of a restricted inter-ministerial meeting, another release was published by the Prime ministry indicating that “on the very high instruction of the President of the Republic, (...) trade with foreign countries will continue, in particular with Chad and the Central African Republic (CAR)..."